“In 2016 she told me her salary was GHC950. And then two years later, when she got promoted, I asked about her salary and she said, “Oh these people, don’t mind them. They added only Ghc350 to my old salary. Because of her meager salary, I’ve taken up so many responsibilities in the house without complaint. I pay for utilities and pay for food. I pay the fees of our two kids, clothe them, and take care of their medical bills. When my wife sends me a grocery list, she adds sanitary pads. She buys dresses and clothes, comes to show them to me, and asks me to pay for them. She started talking about a car when our second child came in. Things weren’t good on my side so I asked her to give me some time. She said, “I’ve saved something. I can add it to what you have so you pay me when your money comes.”

I agreed and took that money from her, topped it up to get her a car. For three months my ears never rest. She would wake up at dawn and ask me to pay what I owed her. I got tired and paid the money when I didn’t have much in my account.

One evening, I turned my laptop on and saw a lot of emails. I checked and it was my wife’s email that had been opened. I asked her, “Did you use my laptop?” She answered, “Yeah I was checking something.” I told her, “Then you didn’t log out.” She answered, “I forgot. Please log out for me.” I was about to log out when something caught my attention. I saw a mail with the subject, “January Payslip.” I opened and started going through. When I saw her gross salary, I was shocked. GHC4,734? And this girl has been crying poverty?

I went through the details. That night I couldn’t sleep. I was angry. I felt let down. I felt cheated. I felt played. We’ve been married for six good years and my wife earned that much without my knowledge? How much she earned didn’t bother me a lot than what she was using that money for. I decided not to talk immediately but rather do a little bit of investigation.

READ:  Olubunmi Kama: My Husband’s Siblings Seized Our Properties After His Death

All my life I’ve held the view that it wasn’t right for anyone to go through their partner’s phone. It’s an invasion of privacy and it breeds mistrust in the relationship but that night, going through her phone was the only way to find out what I was looking for. I started with her best friend. Nothing much was found. Her family had a Whatsapp group. I read the messages there. I got few hints. I went through the chat with her father and that was when I realized my wife had bought a piece of land and had started building. Her father was in charge of the project. He had sent photos of the various stages of the building. At some point, her father said, “Thank you for helping out your brother. He would have been home had it not been you.”

She has only one brother—her senior brother. I went to look for the chat between them. Her senior brother lost his job and was home doing nothing so my wife bought her Hyundai i10 to use for Uber. Every week, her brother rendered an account and they split the money. From all indications, my wife was doing well for herself while she plays poor so she could rely on my salary. Why would she do that? I thought I was being a supportive husband so my wife could be proud of the man she married. When we bought land, it was her name and my name that appeared on the land title. That car I bought for her with a loan from her bears her name. I didn’t mind. I believed what’s hers was also mine.

The next morning she realized I wasn’t looking well. I was boiling on the inside but looking for a good opportunity to start the conversation. When I calmed down a little, I asked her, “So why would you do that to me?” She asked, “What have I done?” I answered, “You bought land, you never told me. You started building on it, you never told me. When are you going to tell me?” She was shocked. She asked, “Who told you all that?” I said, “Your father did.” She stood quiet for a while. She asked, “Why would my father tell you all that? What were you people talking about” I said, “I don’t know. You can ask him.”

READ:  Amzat Ibrahim Caught His Wife In Bed With His Best Friend

We left it there. Some minutes later she came to me with her phone: “My father wants to talk to you.” The phone was already on a loudspeaker. His father was clearly angry. He asked, almost shouting, “You said I told you my daughter has a building? Where did I say that and when?” I asked, “Is it not true that my wife has a building project going on that you’re supervising?” He asked me, “I told you that?” I asked, “Is it true or not?” After the back and forth I told them, “I read your messages last night. I saw the pictures. I read the various budget you had sent to my wife. I read the confirmation of the money receipts that you sent her. You’re a man. Would you be happy if your wife does this to you?” He started fumbling. He started apologizing saying he thought I was aware.”

My wife stood there motionless, didn’t know what to say. When her father hung up, I told her everything I knew, from her salary to the car she bought for her brother. I said, “Yet, even your sanitary pad, I buy them. You think I’m a fool? You’ll use your money to acquire your own properties and live on mine because you’re my wife? I hear. We’ll see.”

Trust was lost. Love was broken. We had to find a new way of living our lives going forward. Her father called me every morning and evening apologizing for everything and sometimes taking up the blame so I didn’t have to blame his daughter. I told him, “The emotional state I’m in right now, it would be hard to think straight or think forgiveness. Just give me space.” Three days later, they were in our house. The father, the mother, and the senior brother. They came to apologize. “Don’t let this break up the beautiful marriage you both have. If nothing at all, consider the kids and be lenient in your judgment.”

I listened to them. My position was still the same. “I need time to clear my mind. Just leave me alone to think.” From last month to this moment that I’m writing this, my wife had changed totally. She doesn’t ask for money but the house is being run smoothly. She has started paying for things she never paid for but that doesn’t move me. She has taught me a very great lesson and I’m taking it seriously. That in everything, I have to look out for myself and my family first. Last she told me, “If you want us to change the names on those properties, we can do so.” Guess whose name is on the property…her father’s name.”

I told her, “You don’t need to change anything. They are yours. You suffered for them so you can decide what you want to do with them.” The land I bought has our names. I’m selling it and take my money back. The car she’s driving has her name. I put a for-sale sticker on it some weeks ago. She agreed she’ll pay for the car. I’ve given her two months to pay up or I sell it and take my money. She’s getting the message and I’m glad. Each one for himself, God for us all. She keeps asking if I’m going to leave her. I keep telling her I won’t but if she wants a divorce, I will gladly give her. I’m not going to leave the marriage. I would give us some time to heal and see what may happen but when it comes to money, I’ve taken the lesson she taught me through her actions.” 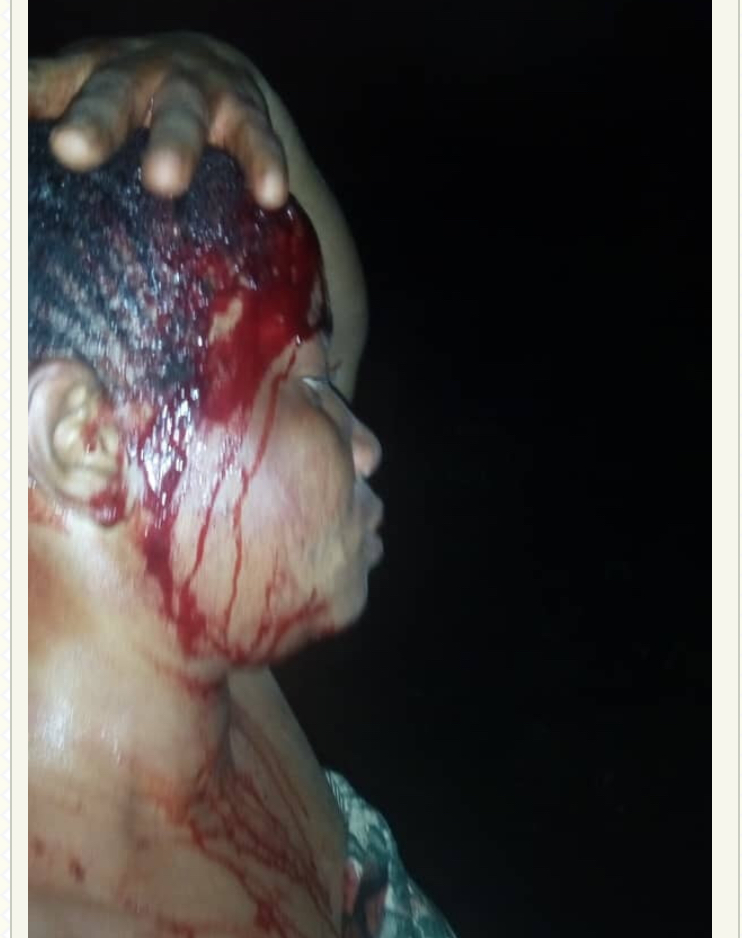 Man Injures Wife With Cutlass; Threatens To Kill Her and Their Children 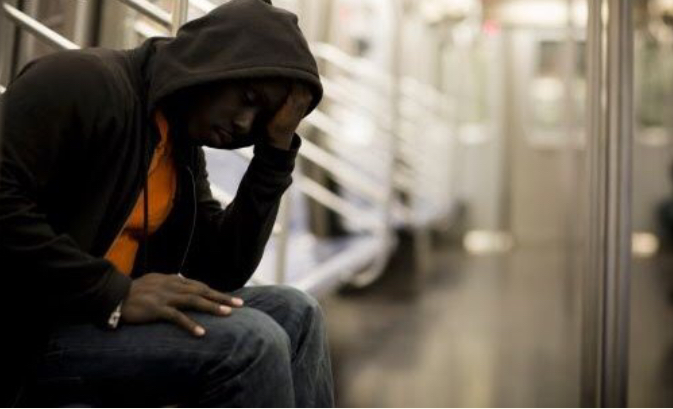 Amzat Ibrahim Caught His Wife In Bed With His Best Friend 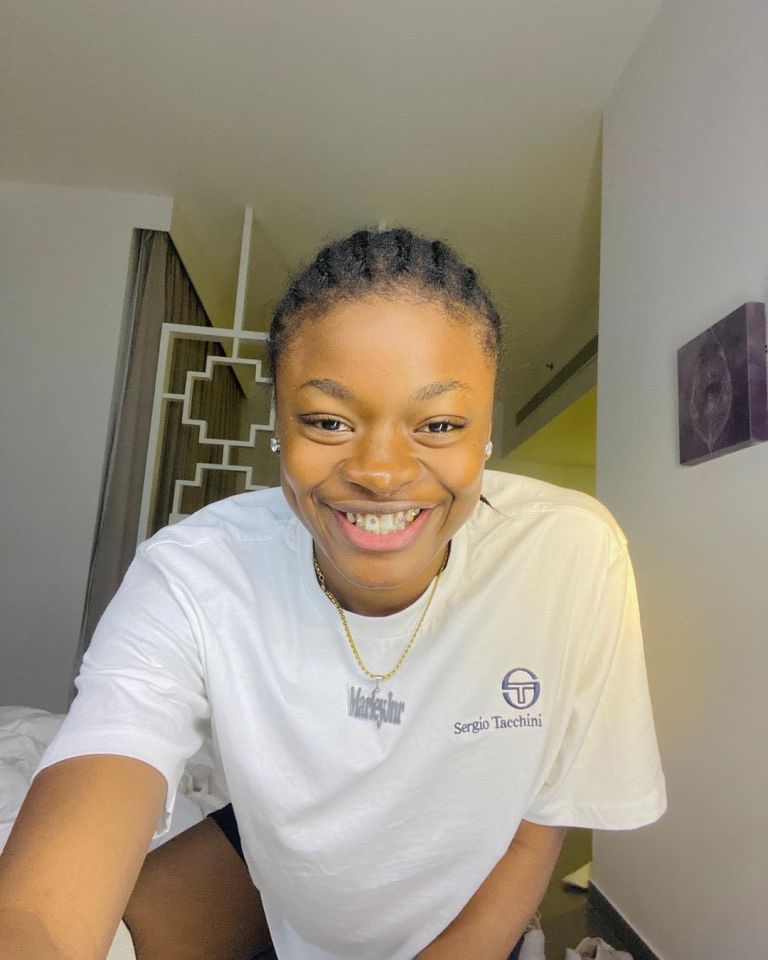