How Africa has been frozen out of Libya peace efforts 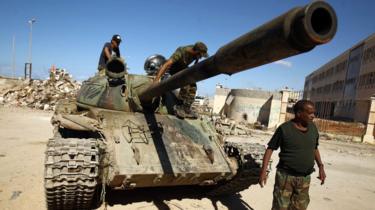 With the world’s major powers increasingly meddling in Libya, the African Union (AU) has found itself sidelined from initiatives aimed at ending the almost decade-long conflict in the oil-rich state.

The latest sign of Africa’s loss of influence came as a flurry of high-level diplomatic activity took place in Istanbul, Moscow and Berlin to end a conflict that has raged since a popular uprising, backed by a Nato bombing campaign, led to the fall of Muammar Gaddafi’s regime in 2011.

“African capitals complain, with good reason, that Libya has become a toy of various powers,” said Jalel Harchaoui, a Libya analyst at the Netherland-based Institute for International Relations think-tank.

“The conflict is seen from a European, Persian Gulf and increasingly a Russian and Turkish vantage-point, ignoring the basic fact that Libya is an African country,” he added.

Expressing his frustration over the continent’s marginalisation, Uganda’s President Yoweri Museveni told the BBC that the AU point-man on Libya, Congo-Brazzaville’s President Denis Sassou Nguesso, was invited at the “last minute” to the 20 January Berlin summit hosted by German Chancellor Angela Merkel as “tokenism to show that Africa was also involved”.

“If Africa wants to chase the invaders, we can chase them. We defeated the Portuguese, the Boers,” Mr Museveni said, referring to the Afrikaners who were in power in South Africa until 1994.

But analysts say that while Africa has been sidelined by Western powers, it also has itself to blame.

Mr Nguessa chairs an AU committee on Libya, which has held a series of meetings to resolve the crisis – the most recent of which was after the Berlin summit – but it has so far failed to achieve much.

READ:  Journalist In Shock As His N*ked Wife Walks Past The Camera During Live Stream

Gaddafi was well respected in the AU, which he financed heavily. He campaigned for pan-African unity, and gained popular appeal by attacking “imperialists”.

The popular uprising against him sent shockwaves across Africa, and there was a strong racially-tinged backlash against black Africans in Libya who were accused of being “mercenaries” trying to prop up Gaddafi.

Tarek Megersi, a Libyan analyst with the UK-based European Council on Foreign Relations think-tank, said Mr Museveni’s comments reflect that that some African leaders have not yet come to terms with Gaddafi’s fall.

“During the 2011 revolution, the AU was seen as a Gaddafi supporter and there was a negative view of it among Libyans. People felt it was bought off by Gaddafi. So, comments like Mr Museveni’s cheapen Africa’s potential role as a neutral mediator,” he said.

Yet there was a need for greater African involvement to end the conflict because the continent has suffered economically since the fall of Gaddafi, and the unrest in Libya has had serious knock-on effects further south.

“One day, you had hundreds of millions of dollars flowing into Africa as investments by the Gaddafi regime. Then it dried up,” Mr Megersi pointed out.

“You also had remittances from migrants who came to work in Libya from countries such as Nigeria because salaries and the exchange rate were good. That also stopped.”

Mr Megersi said that worryingly, some African states had now become a recruiting ground for the belligerents in Libya.

The latest example was reports that Sudanese men were duped into thinking they were accepting jobs offers as security guards in the United Arab Emirates (UAE), only to end up in the North African state to guard oil installations seized by the powerful Gen Khalifa Haftar’s Libyan National Army (LNA), which is battling to seize control of the capital, Tripoli, from the UN-backed government.

READ:  Man reveals what he did to avoid marrying a woman who wanted a 4 million Naira wedding

The conflict has had a disastrous impact on the oil industry, with Gen Haftar’s siege forcing the closure of oil fields and ports and knocking down production from about 1.2 million barrels per day (bpd) to 262,000, according to Reuters news agency.

Who is involved in Libya?

The UAE and France are the general’s main international allies, in his bid to seize power from the Tripoli-based Government of National Accord (GNA), which is made up of different political groupings.

“They [the UAE, Egypt and France] share the ideology of Haftar. They prefer a strict form of authoritarian rule,” Mr Harchaoui told the BBC.

“France, for instance, does not believe Libya is ready for a genuine, free democratic experiment. And like the UAE, it does not like political Islam, which is one of several pillars of the GNA.”

Egypt, which sees itself more as part of the Arab world than Africa, has also sided with Gen Haftar. This is not surprising as President Abdul Fattah al-Sisi seized power in 2013 after overthrowing the Muslim Brotherhood’s Mohammed Morsi, the first democratically elected president of Egypt.

“Egypt supports Haftar politically, but it does not spend money on him. Others do that. Saudi Arabia has given him tens of millions of euros since March 2019 [when he launched an offensive to capture Tripoli],” Mr Harchaou said.

The unrest in Libya has been widely blamed for leading to a flow of both weapons and Islamist fighters across the Sahara desert to countries such as Mali, Niger and Burkina Faso.

Mr Harchaou added that France had tried to get its former African colonies to endorse Gen Haftar, but has faced resistance from Chad’s President Idriss Déby, who commands a strong army and is a lynchpin in efforts to tackle militants linked to the Islamic State (IS) group and al-Qaeda in West Africa and the Sahel, a semi-arid region on the fringes of the Sahara desert.

“Logically, Déby and Haftar should be in love with each other. But they are not,” Mr Harchaou said.

This is because Gen Haftar, part of Gaddafi’s army at the time, led an invasion of Chad in the late 1980s. He was captured, and switched sides to collude with Chad’s then-President Hissène Habré, then an ally of Mr Déby, and the US in a failed bid to overthrow Gaddafi.

“Haftar never fulfilled the mission, and Déby never liked him. What Déby would like, however, now in 2020, is for Hatar to secure south-western Libya,” Mr Harchaou said.

“But that area is not Haftar’s top priority because, despite the oil, it offers no money, no prestige, no power. He is interested in Tripoli.” 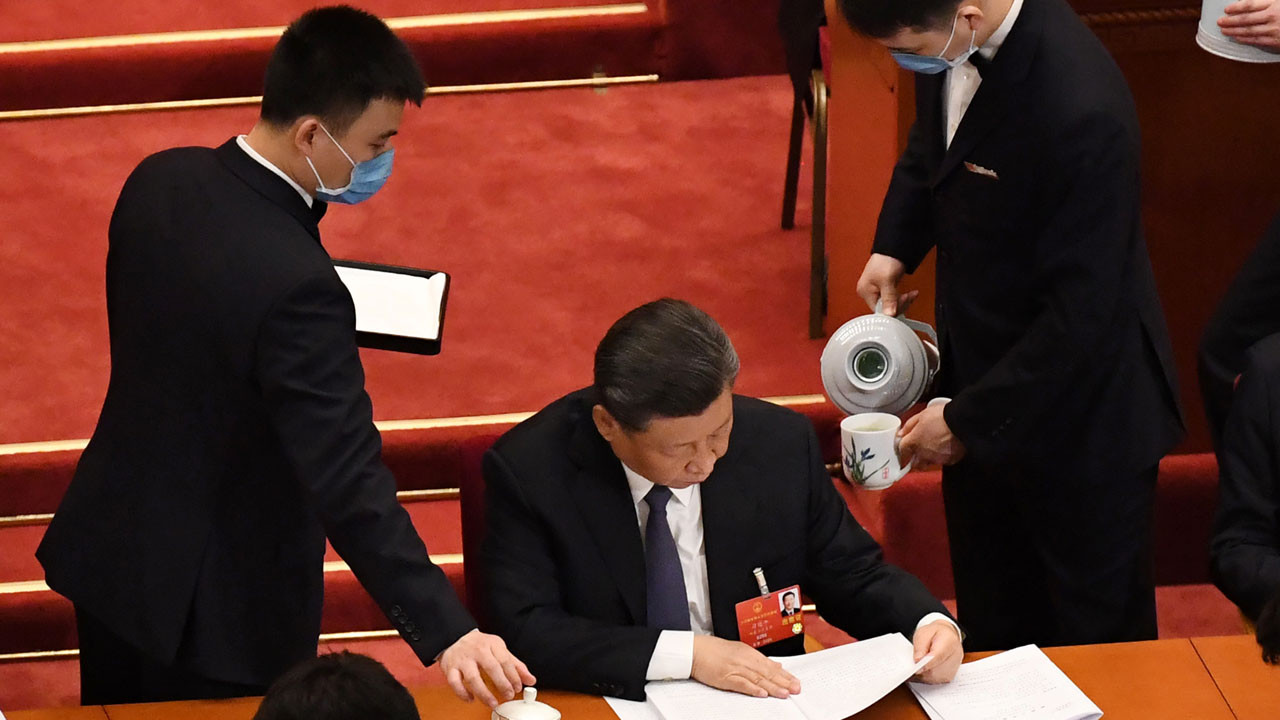 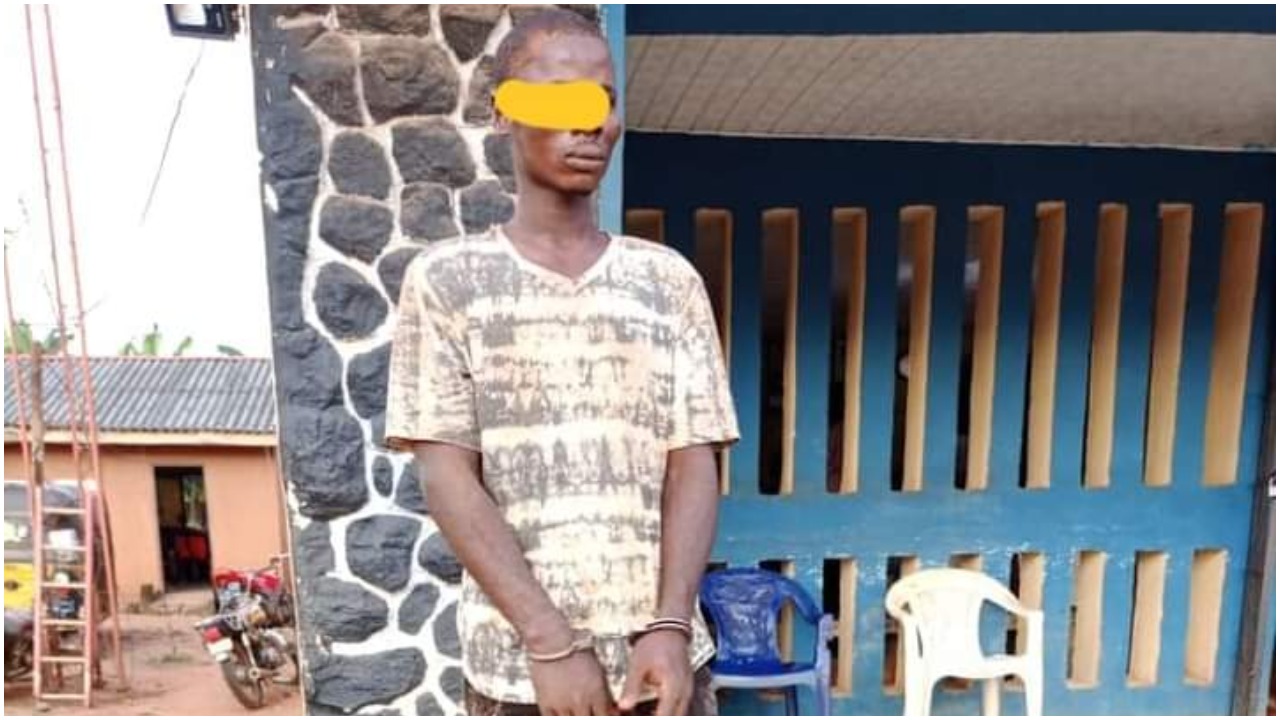