Kanye West Says Prison Reforms Is His Next Calling 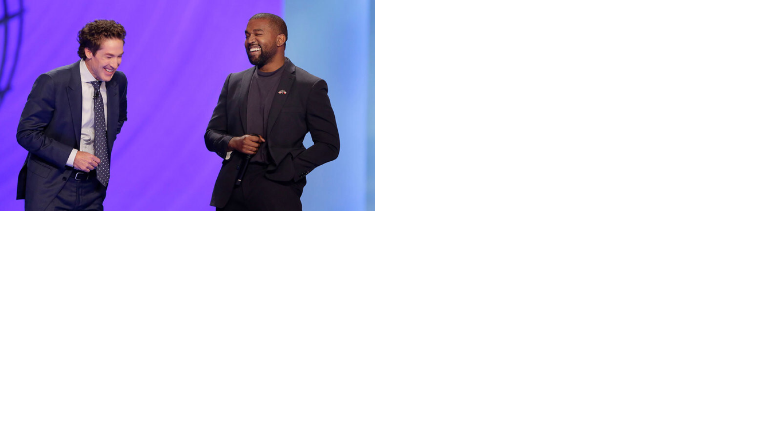 Kanye West’s highly-anticipated Sunday Service with Joel Osteen finally held yesterday, November 17 and it was quite a reveal.

West who has had the world talking about his recent conversion to Christianity was asked by Osteen what his next move will be and the rapper had a pretty enlightening answer as he said that he is going to let God decide the narrative of his next chapter.

West also seemed pretty detailed about possible solutions that he thinks would have an immediate impact in helping poor folks — who are often minorities — stay out of jail unnecessarily.

Interestingly, West’s wife Kim Kardashian has been in the forefront of prison reforms advocacy and has even successfully gotten some prisoners out of jail by taking on their case. She is also currently studying to be a lawyer as part of her journey.

When TMZ asked him if he has plans to get Osteen on his next album, the rapper-producer, he gave indication that he is not opposed to the idea although it doesn’t appear Osteen wants to get in the studio.

West noted that Osteen  was responsible for converting thousands upon thousands of people to the right path of Christianity, and for that alone he believes the clergyman guy should be more praised than criticized for everything he does in God’s name.

West also talked about other issues from his upbringing in the church and 2016 mental breakdown. Speaking about his upbringing, he said that he found going to Sunday service as a kid was pretty boring even though his parents were staunch believers, bringing the family to a megachurch in Chicago three times a week.

On his mental breakdown, he discloses that he felt he needed to move away from most of the people in his inner circle because they weren’t real Christians and were simply yes men who were beholden to the almighty dollar.

Speaking of that, West also opined that he was the greatest artist that God ever created … and now, he was working for the man upstairs again instead of working for the devil, which he believes most of his contemporaries are doing now. Cardi B explains why she filed for divorce from Offset, says ‘sometimes people really do grow apart’ (video)